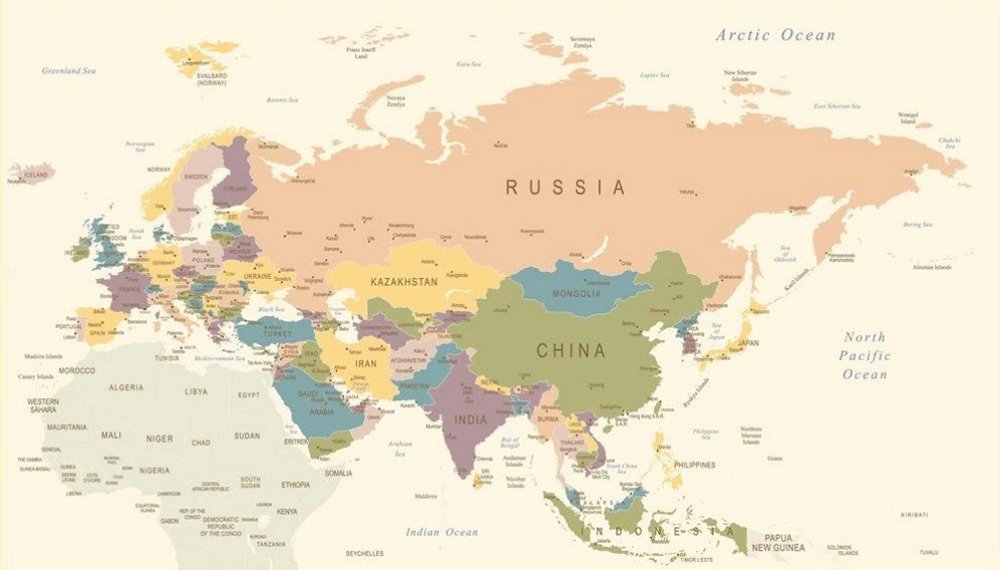 
• Eurasia is approximately 55 million square kilometres and the largest continent on Earth at about 36.2% of its total land mass.

• Eurasia's population is estimated to be well in excess of 5 billion people, approximately 70% of the world's population.